Early in the morning on day five I left my AirBnB to drive north through the Gap of Dunloe. “You’ll see the view if you go that way,” my host advised. She was right. Winding roads led up and down through the hills in what seemed a haphazard fashion. The way the road rose to a peak in the center had me guessing that a ‘gap’ in Ireland is equivalent to a ‘pass’ in America. The beauty found in every direction was well worth the hairpin turns I endured, and the occasional hiker or horse-drawn carriage made the drive even more interesting.

I arrived at Killarney National Park sometime around ten o’clock then spent the next five or so hours walking down long wooded pathways. On either side of me, a forest of trees surrounded by rolling knolls covered in alternating carpets of springy moss and bright green ferns spread out as far as my eye could see.

As I crossed a sturdy stone bridge, I came upon a small café. The usual hot tea and coffee were served along with baked goods, ice cream, and a few sandwich choices. It had not begun to rain in earnest yet, and the outdoor seating was full, so I opted to eat my granola bar while strolling along the banks of a nearby stream. Early on, the paths through the park were pretty well deserted, but as I neared Torc Falls, I found myself hard-pressed to get a shot of the landscape without a tourist blocking the way. The Falls themselves were less than spectacular, but I was glad I had gone the extra mile to see them.

(Clicking on individual photos will enlarge them.)

Late in the day, I wandered into an adjacent nature preserve. There I came upon a large buck, grazing. I was not game to get too close and had to settle for this blurry shot. Later I learned that these animals are practically tame.

I passed by Muckross house on my way out but was too weary to spend much time in the spectacular gardens surrounding it. I was sorry I had missed my chance to walk amongst the colorful roses, in particular, but the garden was very crowded, and I no longer had the energy to photograph anything of consequence.

Moll’s Gap took me back to Kenmare where I shared a high-top table with a pair of newlyweds from Philadelphia. Funnily enough, the young American groom’s name was Hamish. Over drinks and potato & leek soup, we listened to a lone Irish singer in the crowded Wander Inn. Turns out that one family owns all of the eating establishments in Kenmare (or so I was told). I never found tastier food anywhere.

Day six dawned sunny and cool, perfect weather for my trip around the Ring of Kerry. Richie, my AirBnB host, urged me not to backtrack into town, but I was determined to see the Kenmare Stone Circle. Unable to fully explain my desire to visit the ancient site (even to myself), I simply nodded, leaving him none-the-wiser to my silent rebellion against the sound advice.

As I had hoped, the circle and its surrounds were deserted and a palpable hush hung over the sacred grounds. I avoided crossing into the middle of the ring and instead stepped slowly, even softly, around the perimeter. I felt an odd affinity for the place, as if I had been there before. Could it be possible that an earlier version of me lay buried beneath one of the stones? A chill went up my spine as I stood there in the stillness. My first week in Ireland had taught me that anything was possible.

Two wishing trees stood at one end of the circle, their limbs filled with pieces of paper tied on with colorful string. Many of the prayers, wishes, and even confessions were illegible due to inclement weather and time. I took a moment to breathe in the stillness before finally heading back to my car. The stop made for a peaceful beginning to what would become the most harrowing day of my journey.

Next up, coming soon:

The Ring of Kerry, Dingle, and Ballaghbeama Gap 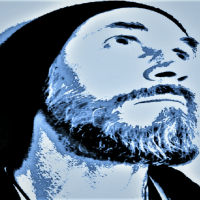