Day 3 dawned bright and clear. I ate an early breakfast of homemade brown bread and hot tea with Shirley, my AirBnB host, before heading west into County Cork. It wasn’t long before I understood where the money is in Southern Ireland. Wide lined roads, large homes, and modern cathedrals stand out in my memory. When I glimpsed the seaside towns of County Cork, I first began to think that I could happily call Ireland home.

An hour or so in, I followed a left-hand turn sign promising “scenic views” then spent the morning on backroads wending through Ringville and Ardmore. I could not resist making frequent stops to gaze at the lush fields and coastal bays.

This leg of the drive offered some of the prettiest scenery, for me even rivaling the Cliffs of Moher.

I skipped Cork in favor of quaint but tourist-ridden Cobh (pronounced “cove”), but just missed the day’s final tour of Spike Island. I did manage to snap a quick shot of an impressive church.

I have never been a fan of touristy places so I made another unplanned detour (thanks to Trip Advisor) and enjoyed late afternoon solitude amidst the vibrant colors of Fota Arboretum & Gardens.

A must for tree and plant lovers, this garden situated on Fota Island on the coast close to Cork city, is home to one of the most important collections of trees and shrubs in the British Isles. Many would not grow elsewhere in Ireland, but thrive here thanks to the micro climate created by the warm waters of the Gulf Stream. In fact that is how Fota got its name – it is derived from fód te, meaning warm soil. The arboretum was established in the 1840s, and many of the trees were collected on expeditions to South America, Japan and China. It’s not just trees though. In the Victorian Fernery you can see Tasmanian tree ferns planted over120 years ago … and the beautifully restored Orangery is a perfect home for citrus plants and a magnificent Canary Islands Date Palm.

Very near sunset I arrived in Kinsale, just in time to catch these gems:

Day 4 began with a sun gazing session – the first I’ve had in some months. My plan was to follow the Wild Atlantic Way (N71) until I reached Glengarriff, where I wanted to do some sightseeing and perhaps even hike in the local Nature Reserve. I planned then to turn left onto the Beara Peninsula with a hope to cross the Healy Pass at sunset. But after seeing Kinsale the evening before, I could not resist returning there that morning. I met Don Herlihy and about eight other travelers at 9:15 A.M. in front of the Tourist Information office. The weather was partly cloudy with sprinkles, but the rain did not diminish our enjoyment of Don & Barry’s renowned 90-minute stroll of Kinsale. Although completely spontaneous, the €8 tour turned out to be one of the highlights of my trip.

Kinsale, from the Irish, Cionn tSáile, meaning Head of the Sea or simply headland is a medieval fishing port renowned in Ireland for its fine food to this day. Because of its geographic location, Kinsale played an important role in both world exploration and Ireland’s military defense. The bulk of the town now sits on land reclaimed from the sea. It rises up in distinct tiers from the harbor to the radio tower in the background of the photo below. The tower marks the original water line.

After the tour, I stopped in at the Lemon Leaf Cafe for brunch. An excellent choice (thanks, Trip Advisor)! There I met a couple from Minneapolis. Being Americans meant that I had to explain the title of my book – the people of Ireland knew what Tir Na Nog referenced. Yes, I shamelessly promoted my novel everywhere I went, and grinned with delight when I saw understanding dawn in a pair of Irish eyes. I may be half Lebanese, but the Irish get me.

I followed the coast for the remainder of the afternoon but saw little to cause me to stop. After a disappointing side-trip to Baltimore, I was delighted to find the little town of Bantry. The graveyard below sits on a hill overlooking the harbor.

In Glengarriff I had just enough time to step into Quill’s Woolen Market. My allergy to wool and the lateness of the hour pushed me back out the door quicker than I would have liked. I was now fully committed to my quest to see the Healy Pass before darkness overtook me.

Though overcast, the rain held off. Still, the clouds offered a forbidding view of the pass up ahead.

Colorful sheep dotted the steep hills to either side of the road that carried me upwards. Its switchback turns would have been more harrowing to drive, were it not for my solitude.

I arrived in Kenmare sometime around 6 P.M. My AirBnB hosts had advised me to choose someplace there to eat and Foley’s Pub served up the best mussels I have ever had. That night would mark my first time driving in the dark to find my AirBnB. The long country road to Richie and Kathleen’s house was daunting, but I found my way (thanks to *Google maps) without mishap. Richie welcomed me into his home with open arms and after a good night’s sleep, I was ready for the next day’s excursions.

*Did you know that you can download large areas of the map to use when you have no cell service? That feature came in quite helpful throughout my trip.

Thanks so much for reading and I hope you’ll stay tuned as my Great Irish Adventure continues. 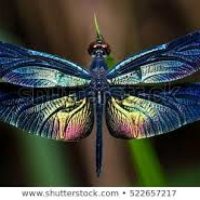